‘Here’s an idea that could help your business to set the world alight!’

Like you, of course, I have always known that Roger Bannister was the first man to break the four minute mile barrier. But until the other day I didn’t know the rest of the story.

Over the next 18 months the previously impossible was achieved a staggering 52 further times!

He, quite literally, forced them to believe that it was possible. And that simple change in mindset transformed the business of athletics by opening up a Pandora’s box of new possibilities.

And it’s exactly the same in business, isn’t it?

Twenty-four hours a day, 365 days a year banking was “impossible”…. until First Direct made it happen. A vacuum cleaner that never lost its suction was “impossible”… until James Dyson did the housework one day. It was “impossible” for a young businessman working from home to become an internationally recognised and respected superstar… until Richard Branson came along.

The business world is littered with limiting beliefs - impossible products and services, impossible achievements and impossible guarantees - all of which have made enormous amounts of money for those who had the courage to say “I don’t believe that’s impossible”.

What limiting beliefs are holding you, your company and your industry back?

So, in our opinion, probably the single most important contribution any business leader can make to his business is to start identifying and challenging those limiting beliefs. Because when they do, the rewards can be enormous. Just as they have been for Branson, Dyson, First Direct and Apple.

So my advice is simple. If you want to share in that sort of success, start identifying and challenging those limiting beliefs TODAY.

And if you find it difficult (which it is, of course), call me on 01524 413213 and I’ll gladly share with you a really powerful but simple paradigm-busting technique that could open up a whole new Pandora’s box of opportunities for you. 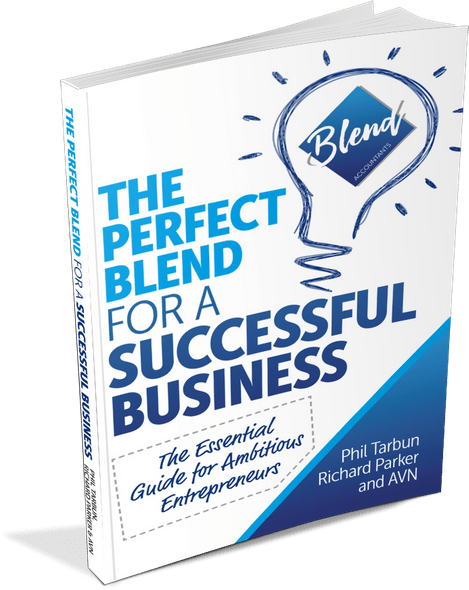 Phil Tarbun and Richard Parker have partnered up to share their expertise with you in their book The Perfect Blend for a Successful Business – sign up here for your free copy.

“You’ll love the real-life stories and the oh-so-simple insights. And better yet, you’ll see the profits flowing back into your business in a heartbeat. It really is that simple and that quick!”
Paul Dunn, author of The Firm of the Future